The Drum Center of Lexington offers drum lessons Monday through Saturday to students of all ages and abilities. Lessons generally meet once a week for 30 minutes and cost $25 a lesson or $100 per month (one lesson per week). For more information, please contact the store or one of our individual teachers. 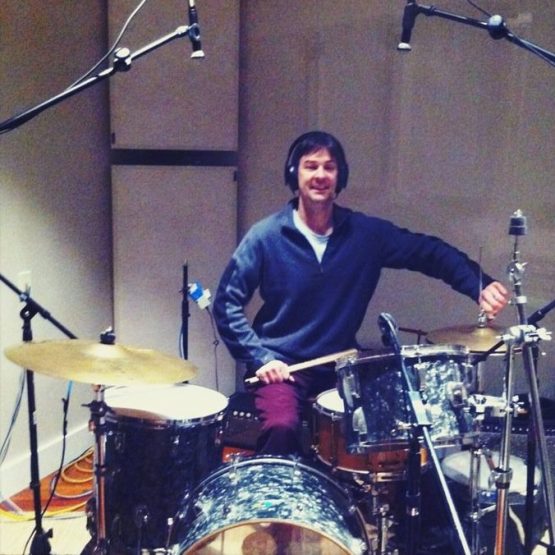 Monday, Tuesday, Wednesday Dave Farris has been teaching at the Drum Center since the first day it opened (14 years +). Dave has traveled the globe, studying with great percussionists… 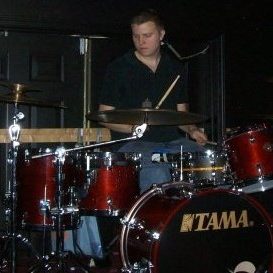 Jon Dittert is the newest member of the Drum Center staff, but has been playing drums nearly his whole life. A well-rounded percussionist, Jon has experience with rock drumming, concert band, marching band, contemporary worship drumming, and musical theater. He performs locally in the pit at the Woodford Theater and with the classic rock band Business Time. 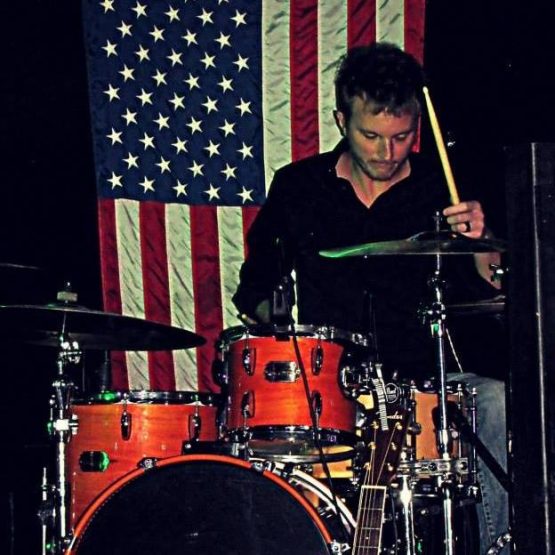 Tuesday, Thursday, Friday Ben Davis holds a bachelor’s in Music Performance from Eastern Kentucky University and has spent time studying drumset and hand percussion in Brazil. Ben has instructed and… 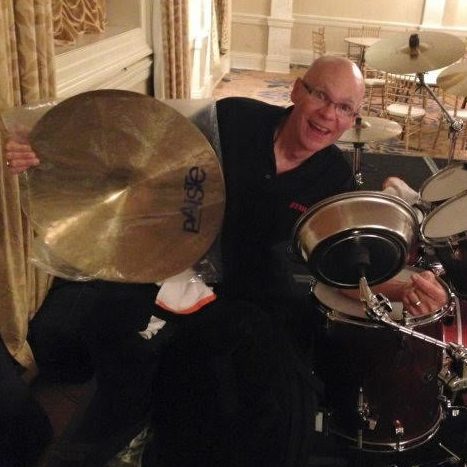 Rob Wood is the newest member of The Drum Center staff, but has been playing drums nearly his whole life. Rob currently holds a bachelor’s degree in Music from Eastern Kentucky University where he was a member of The Percussion Ensemble ( and charter member of The Baroque Marimba Ensemble founded by Dr. Don Cooper ) as well as The Jazz Band, Orchestra, Symphonic Band, and The Marching Band. He also played in his high school Marching Band, Concert Band, and Stage Band. His high school senior year he was the recipient of The John Phillip Sousa Band Award. In addition to a vast playing career spanning over 30 years he has taught private lessons during that period of time. Rob also has music retail and music manufacturing experience over the last 30 plus years and is currently the drummer for the local band “ The Sensations “. Rob fills in and performs with other local artists and bands of all styles from big band and jazz to funk, fusion, country, rock and everything in between. 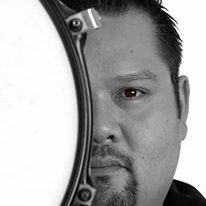 Vincent Grino better known as “V” was born in Brooklyn, NY and raised in Paintsville, KY. V started singing at a very young age and picked up drums at age 8, thanks to his grandfather who introduced him to the drumming of Gene Krupa and Buddy Rich. V started taking guitar and piano lessons at age 12. V joined the Paintsville Marching Showmen High School band playing the saxophone and later was transferred to Tuba with the promise that he would be in the drumline the following year. He took lessons from Denny Giles out of Morehead State who had marched in The Bridgemen and The Star of Indiana drum corps. After graduating from HS he attended the University of Kentucky and was a member of the Choristers, Chorale, Men’s Choir and the all male acapella group The AcoUstiKats. While in college, Vincent joined a jam band by the name of Voodoo Symphony who played from 1997-2004. Vincent started working for a band instrument company as their percussion specialist from 2003-2012. He currently is the Manager of the Drum Center of Lexington and is the drummer/singer for The Fever, The 3rd Degree, & Space Cowboyz. 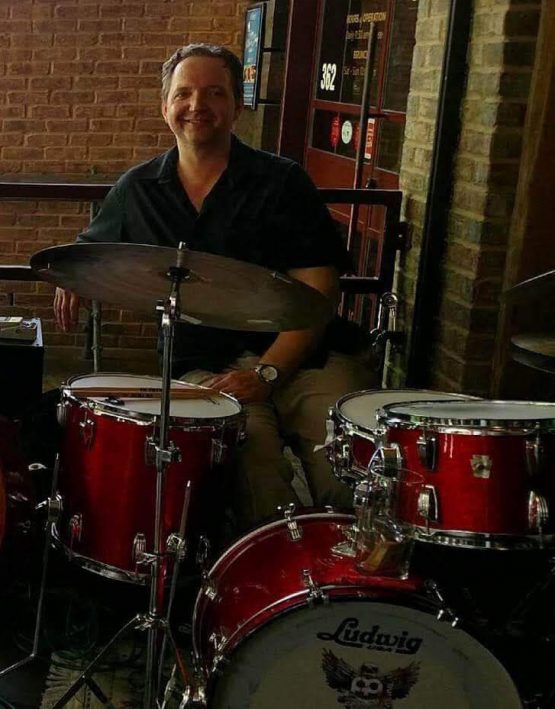 Jim Schade is a sought-after percussionist, jazz musician, and instructor in Lexington, Kentucky. A 1992 graduate of Shenandoah University Conservatory of Music in Virginia, Jim received a performance degree in jazz studies (percussion) with a minor in piano. He has recorded with regionally and nationally renowned artists, performed on radio and television, played for countless high school, college and community theatre musicals, and taught over 400 students in his career. A staple on the music scenes of Philadelphia and central Pennsylvania for over 20 years, Jim moved to Lexington with his wife and two children in 2016, and plays regulary at Carson’s in downtown Lexington as well as other venues in central Kentucky.  He recently performed with legendary jazz orgaist Bobby Floyd as part of the “Origins” jazz seres at TeeDee’s Lounge. Jim is a percussion instructor for the Lafayette High School Marching Band which has won first place in the KMEA State Marching Band Competition in 2017 and 2018. He also teaches for the Musik Garten. Jim’s drum recordings on Fandalism.com have garnered over 1 million views – http://fandalism.com/schadedrumvids Visit Jim’s website, www.rhythmsoup.net for more information. 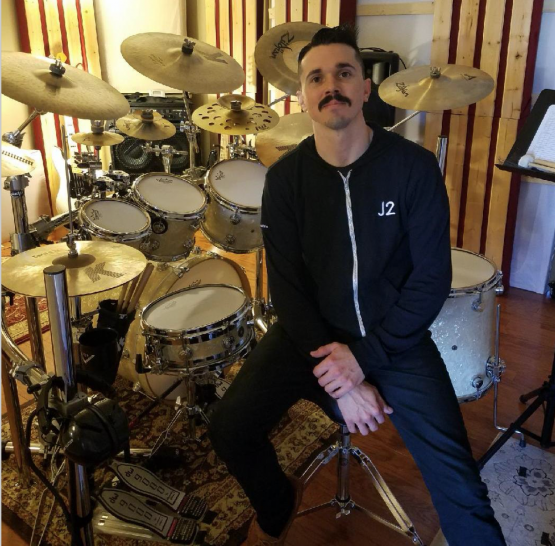 Drew has been playing drums/percussion since the age of 12. He bought his very first drum set at the Drum Center of Lexington. For 10 years he was a founding member of the Lexington Prog Rock group, The Past. In 2017 Drew decided to pursue a solo career and is currently working on his first solo album. Drew played drum set in the Tates Creek Indoor Ensemble from 2007-2009. He earned a degree in Arts Administration from the University of Kentucky in 2012 with a focus in music history. Aside from drumming Drew also DJs, sings, plays the piano, and is the owner of Valwood Recording Studios here in Lexington. 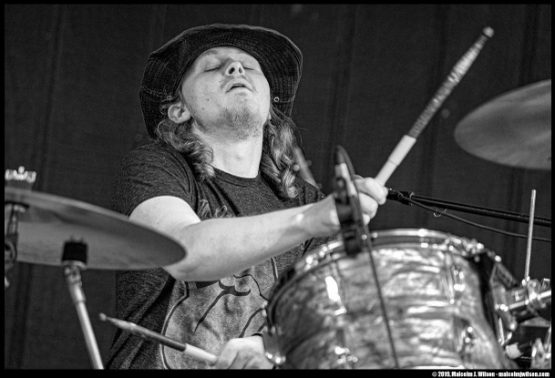 I am twenty-four years old, originally from Mount Sterling, KY and attended Morehead State University in 2016, graduating with both a Commercial Music Performance and History degree as part of…